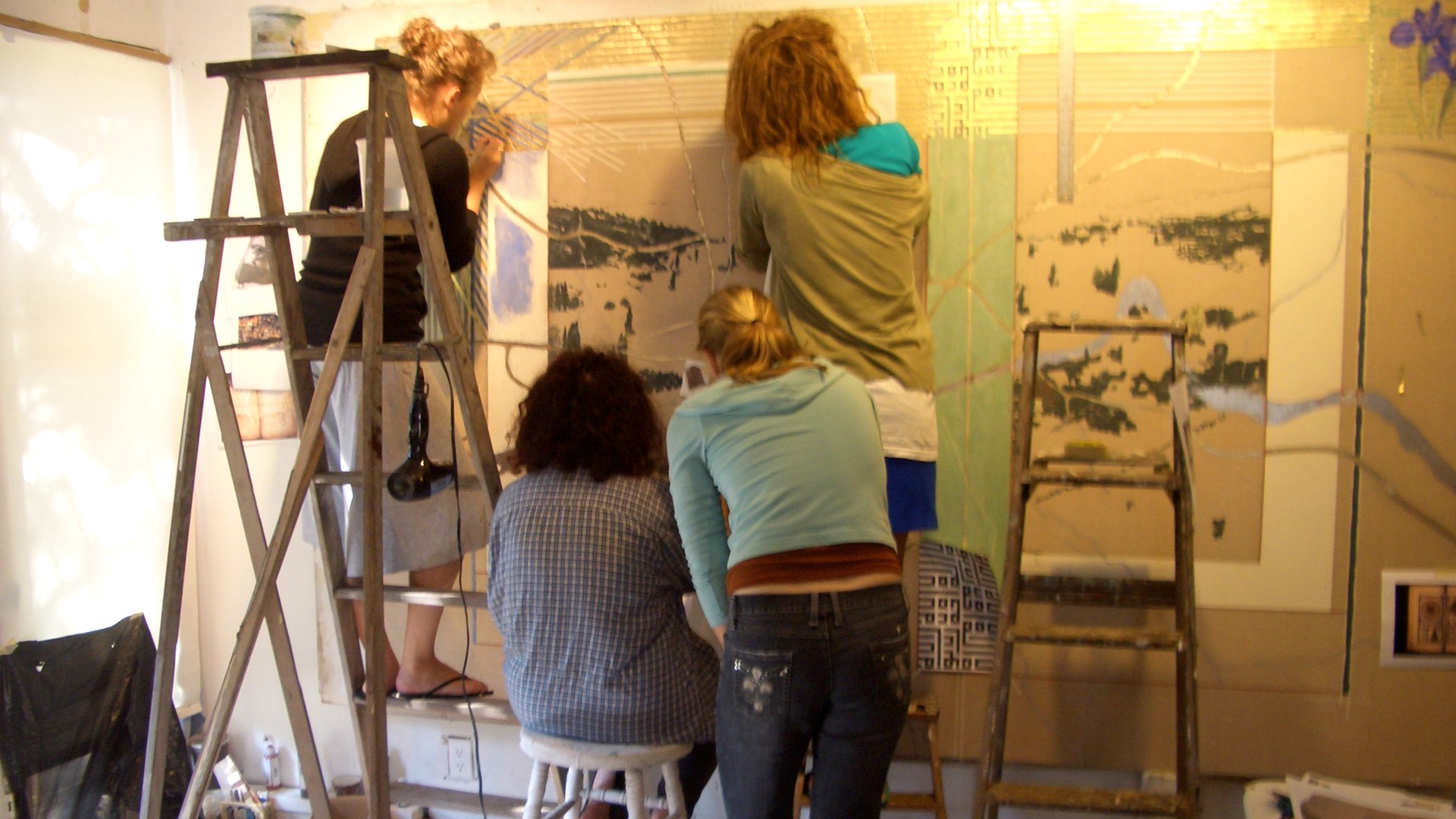 Painting Catholic and Orthodox churches, mosques, and synagogues side by side. 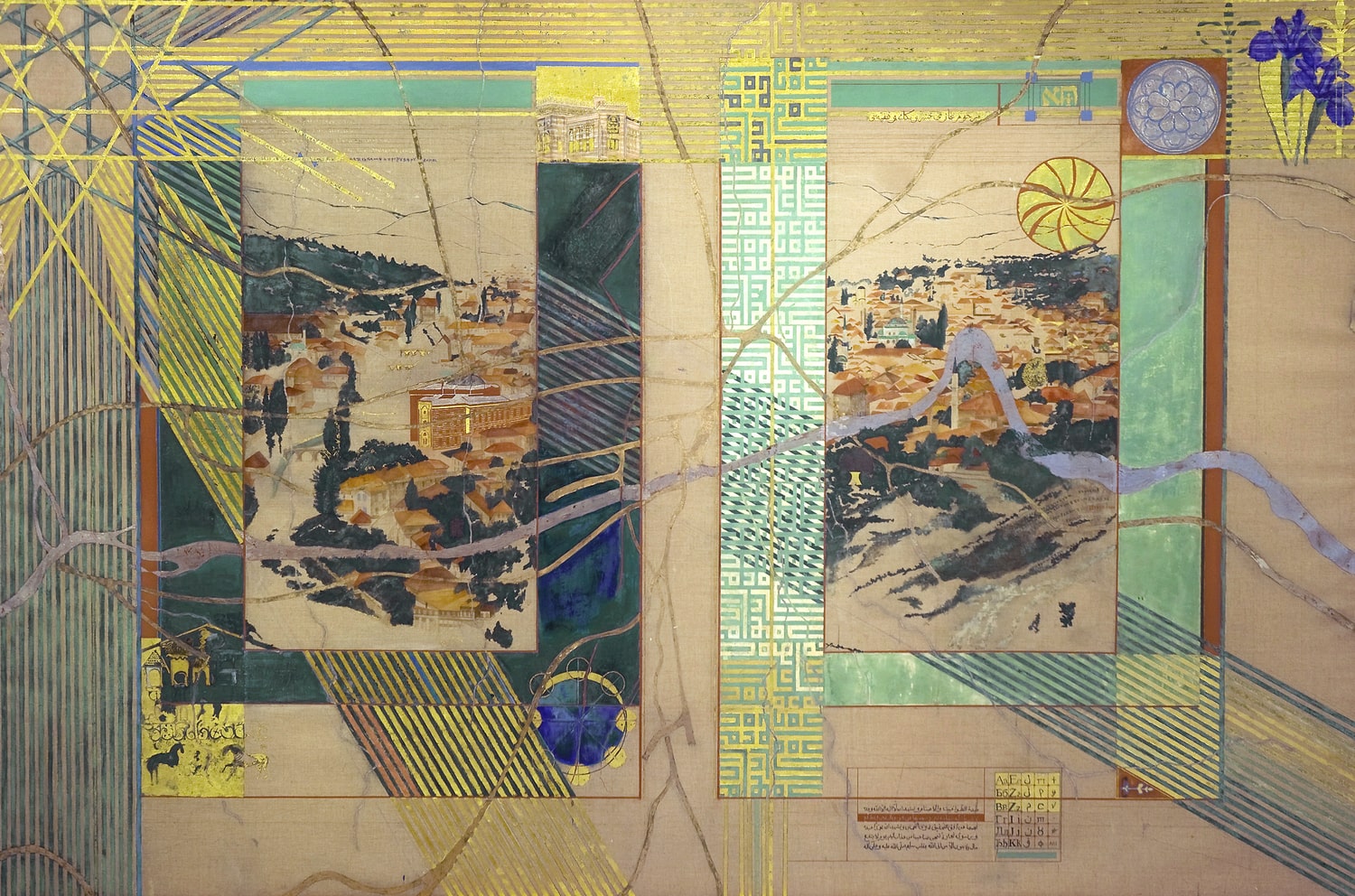 The greatness of Sarajevo rests upon one of the highest precepts of civilization, benefaction, the act of conferring a gift, aid, doing a good deed such that individual concern for personal welfare in Sarajevo was nearly indistinguishable from civic altruism. In the dimensional world, benefaction manifested as intentional sharing of space: churches both Catholic and Orthodox mosques and synagogues were often built side by side. Such generosity of spirit, documented in books, illuminated manuscripts and works of art, “affirmed that people of different ethnic and religious traditions shared a common heritage and common space in Bosnia.” (Riedlmayer, Harvard)

Sarajevo: Here celebrates the great cultural heritage of Sarajevo as pages of imagined illuminated manuscripts: within the painting’s gold-illuminated borders is tucked the red-tile-roofed city itself, with its mosques and minarets, its spires, symbols, and languages. Is the act of remembrance restorative? In the wake of the shattering culturacide in Sarajevo the single largest intentional book burning and the longest military siege in modern history Sarajevo:Here cherishes the people of Sarajevo, their spirit convivencia!, and their art, in its own small act of benefaction.

Interns and Artists for Sarejevo: