How many languages can you find?

NEW YORK: THIS IS MY CITY!

Bridges to the island city of New York carry dreams and dreamers. With bottoms of buildings bordering the painting’s top, tops bordering the bottom, the skyline of New York turns us around and around. Like the left page of a monumental illuminated manuscript that opens a magnificent book New York, the painting is bordered on three sides. The view looks east at Midtown, imaging more than forty-five buildings from Thirty-fourth to Fifty-ninth Street that are all taller than six hundred feet!

Celebrating the city as a beacon of liberty, New York: This is My City! honors its residents in concept and content. In how many languages can we say, “New York is my City”? 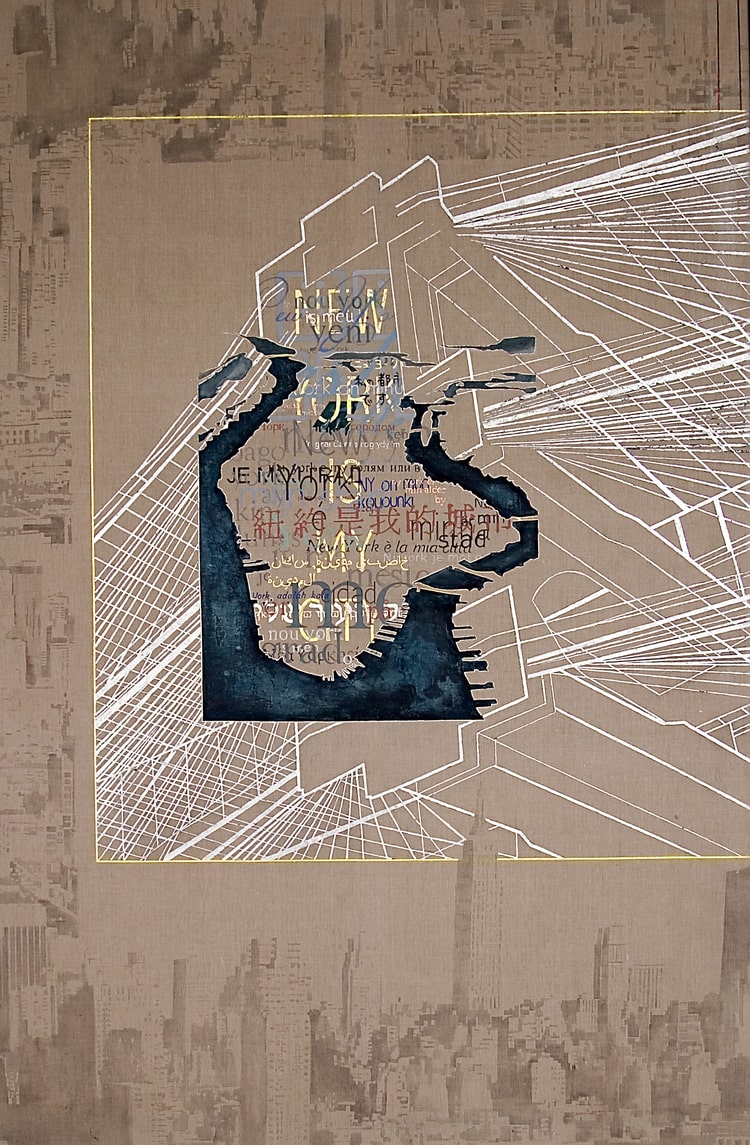 Interns and Artists for New York: