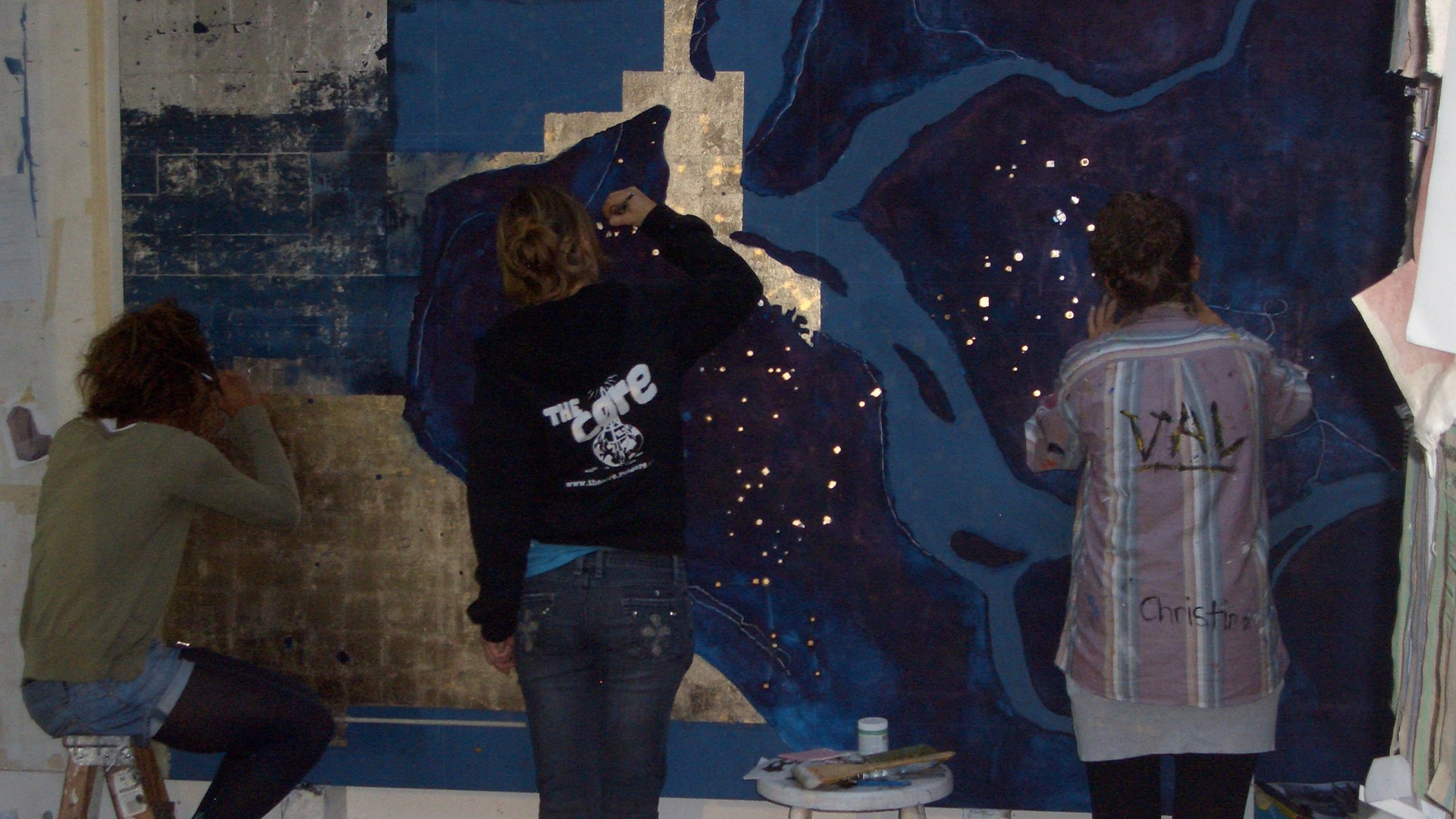 Painting the stars as they were on Liberian Independance Day, July 26, 1847. 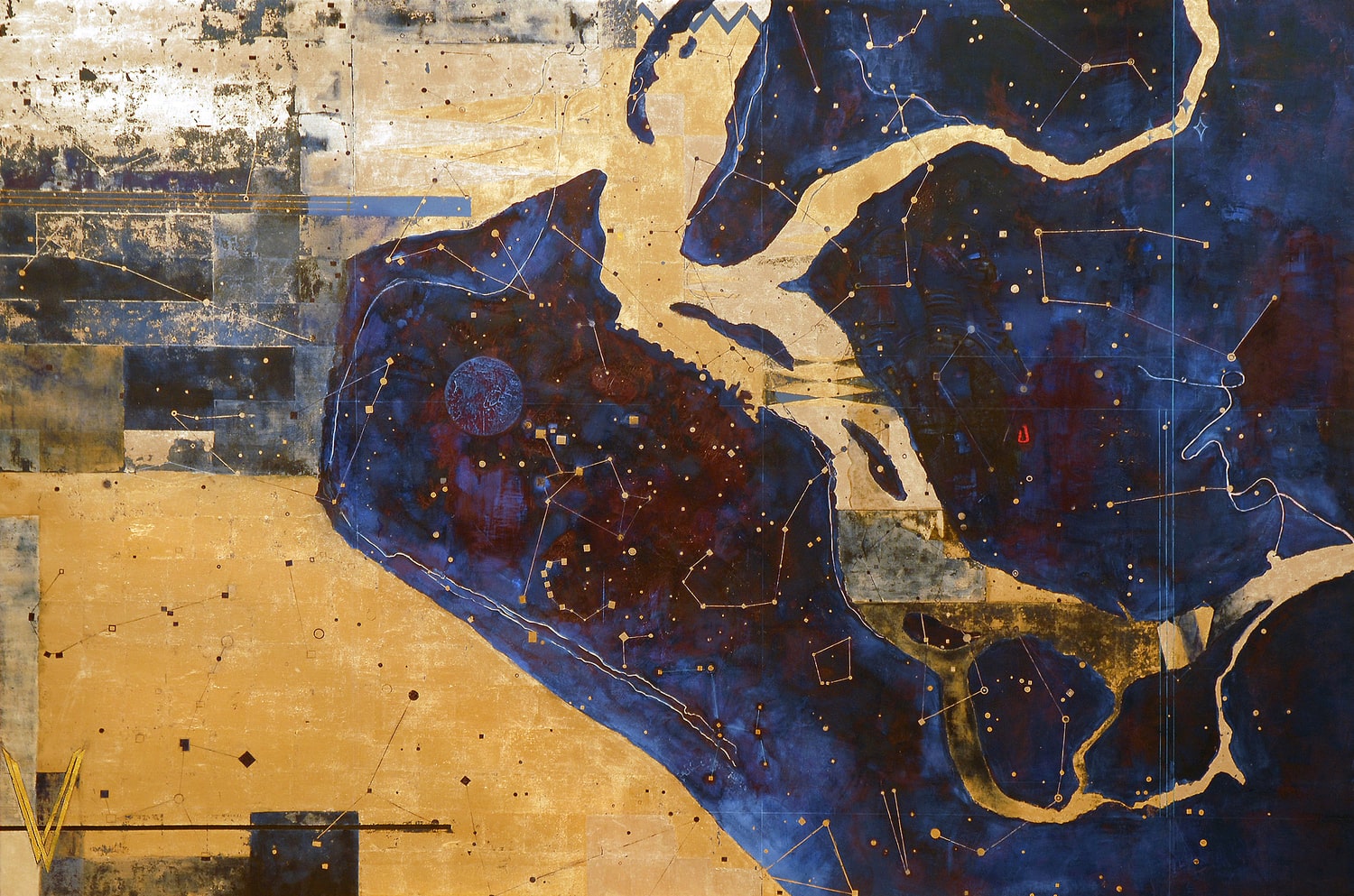 Beneath a blanketing night sky, dream, language, and ritual as if inspired by night itself seem to awaken for the people of Monrovia. Monrovia: In Constellation affirms the initial values and hopes of the great cultural experiment that was Liberia’s creation. Aligning diverse ethnicities and cultural practices as star patterns within the organized mystery of night, Monrovia: In Constellation celebrates the achievements that characterize the uniqueness of Monrovia.

We celebrate the inspiring resilience of the Liberian people, hoping that Monrovia: In Constellation will herald a renewed harmony within the Liberian capital. A map (circa 1849) grounds the night’s stars, exactly as they shone on Liberian Independence Day, July 26, 1847 at 10:00 P.M.

Interns and Artists for Monrovia: