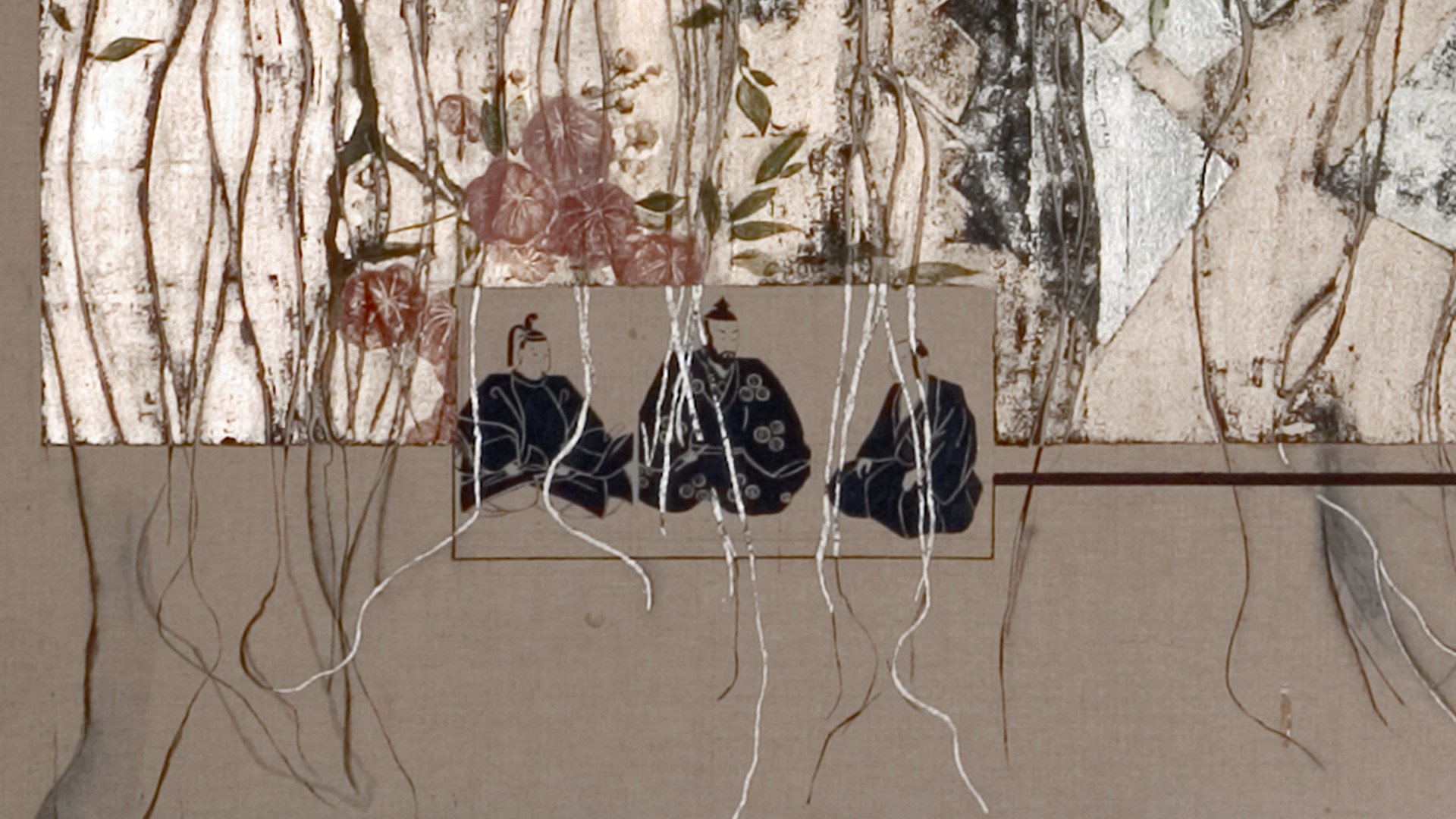 The emperors of historical Hiroshima. 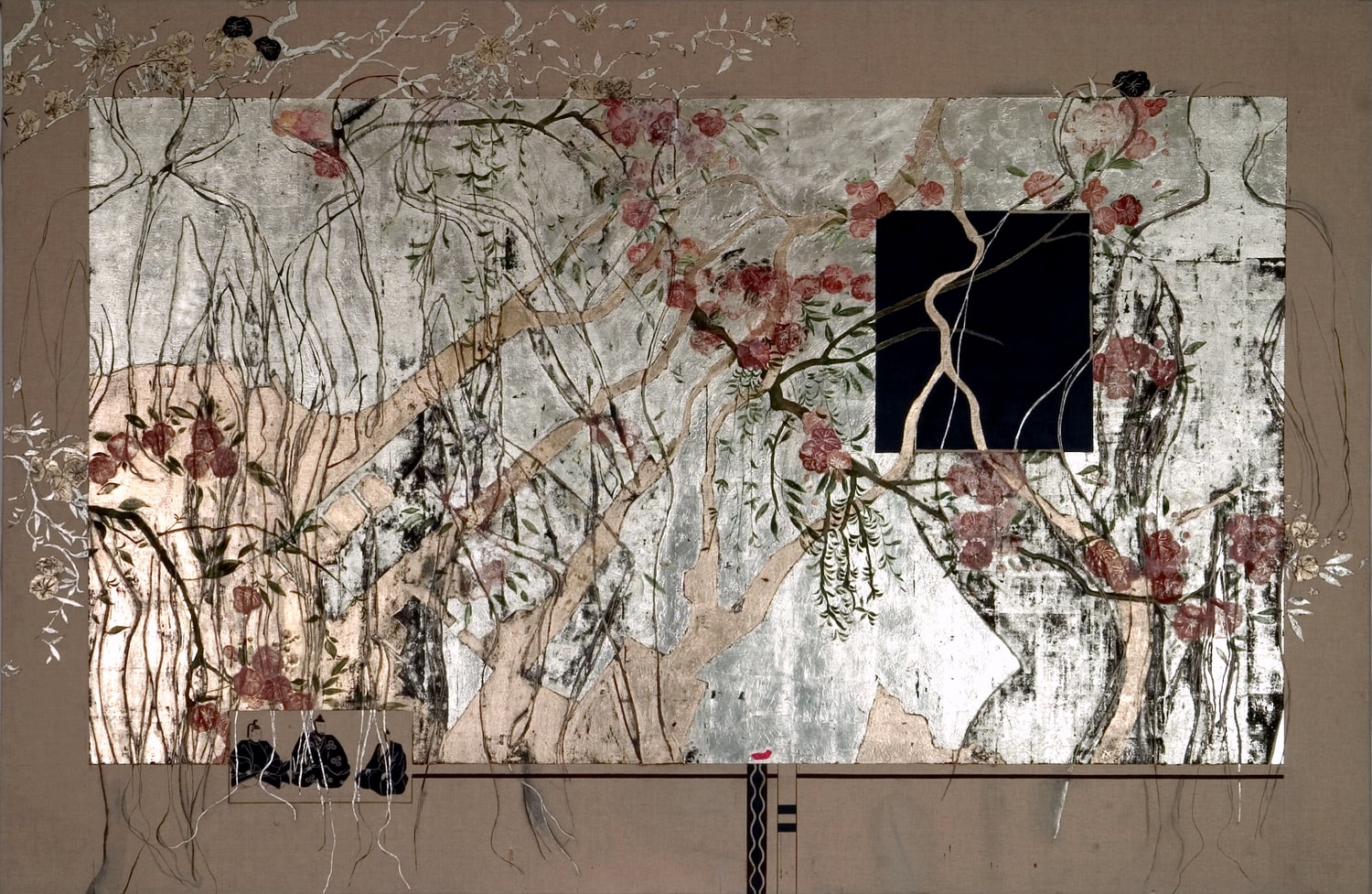 In this work, the symbolic winter-blooming plum blossom cascades across the once secret “Pre-Attack Mosaic” photograph of Hiroshima (Japan) taken by U.S. military aerial reconnaissance in April 1945, a few months before the atomic bomb was dropped on the city. The five emperors of historical Hiroshima, once an island castle town built on a shallow bay, are represented either in portrait or by a distinctive flag. Large-scale human figures, tucked into the white gold and moon gold leaf, face us, stand sideways, and even dance. Grace and hope ride the wind as it sweeps the plum blossom across our collective memory.

Interns and Artists for Hiroshima: