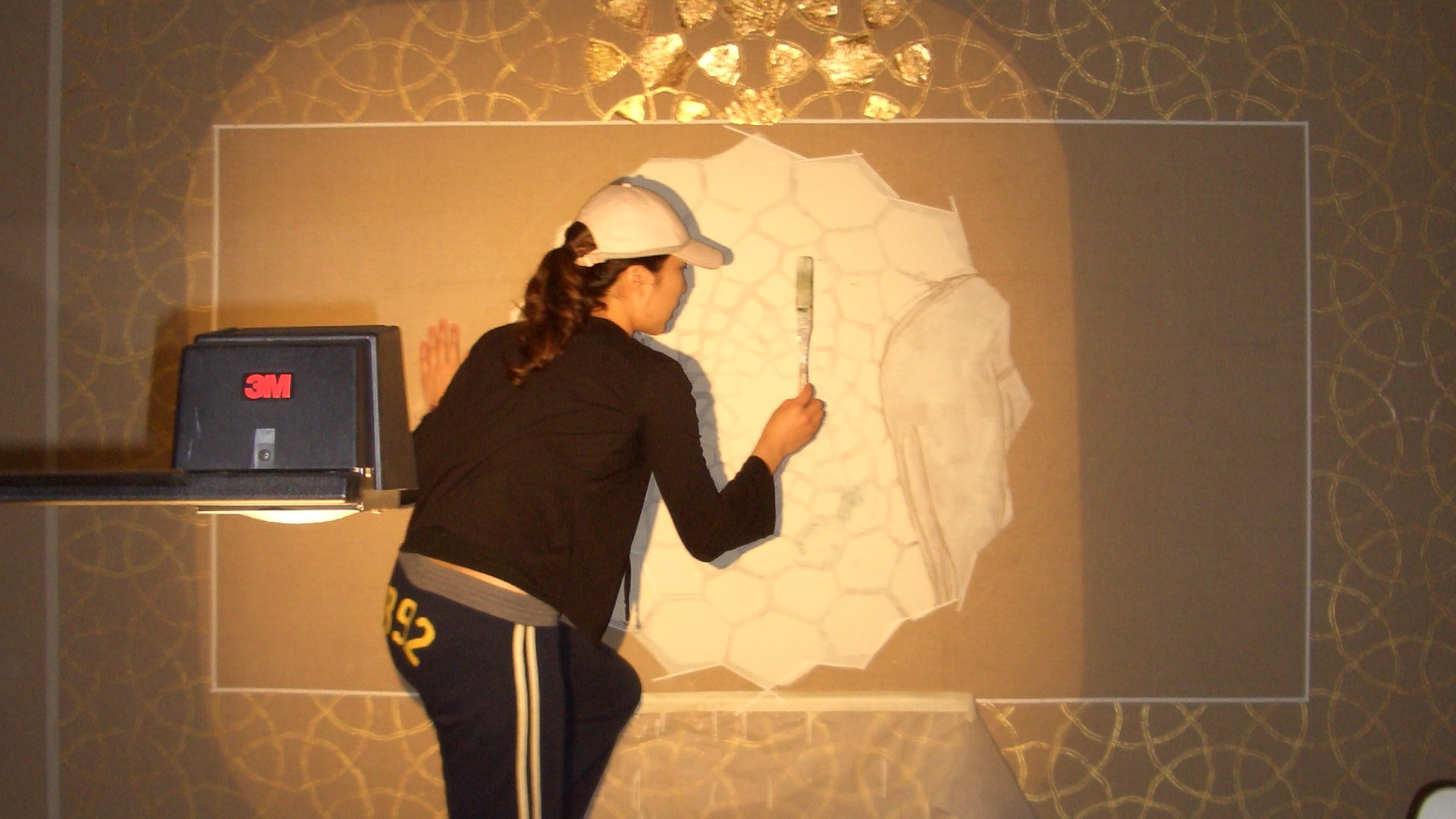 Baghdad (Iraq) was once called Dar es Salam, meaning “City of Peace.” Inspired by that fact and by the city’s extraordinary history, the painting features layers of the map that chase more than five thousand years of splendid, then destroyed grandeur of what was once the greatest city on earth.

Included in this work are the cuneiform creation myth found in Iraq on a clay tablet dating to 3000 B.C.E. and an aerial photograph of Baghdad from 1925 C.E. The painting honors Baghdad as emerging from the cradle of civilization, as the Round City (762 C.E.), as a center of a great cultural and intellectual renaissance, and as a site of Islamic architectural achievement.

Baghdad: City of Peace, Truly takes its border pattern from the Al-Kadhimain Mosque (1515 C.E.), the great Shi’ite shrine there. The painting’s center, the Round City with its radiating gates and waterways, encloses a mirrored muqarnas, referencing the medieval Zumurrud Khatan Tomb, whose dramatic, lobed exterior models its interior form. Two large-scale figures bow to the outer world, as we bow to the people of Iraq, in honor of them and their great city.

The cuneiform text in the painting reads: “When heaven above was not yet named, nor earth below pronounced by name, Apsu, the first one, their begetter and maker Tiamat, who bore them all, had mixed their waters together, but had not formed pastures, nor discovered reed-beds. When yet no gods were manifest, nor names pronounced, nor destinies decreed, then gods were born within them.” (Translator: Stephanie Dalley)

Interns and artists for Baghdad: